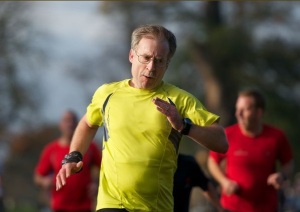 I live in Twickenham, UK and this is my running blog capturing my ups and downs (of which there will be plenty) as I go about training for my runs in the coming years. My end goal is to run the Copper Canyon Ultra Marathon (50 Miles) in 2013 which was the subject of Christopher McDougall’s book “Born to Run” http://www.chrismcdougall.com/.

My journey to ‘barefoot’ or ‘minimalist’ shoes started whilst on holiday in Vermont, USA in August 2010. We were on a family hike through woods that brought you out at the top of a ski lift that was closed for the summer. As we started to descend I saw a family group still ascending the mountain but didn’t pay much attention. A few minutes later it was pointed out to me that the kids were not wearing any shoes or boots and that their Mother had some of those toe shoes things on. Toe shoes, what are they I asked my Wife, who then explained she had read an article in the scientific journal Nature about barefoot running and a new type of shoe that had pockets for each toe. ‘It’s supposed to be better for you, something about normal running shoes distorting how your body would naturally run, which results in injuries” she said.

I was now curious and once back at the house we were renting (which fortunately had WiFi) I began surfing these shoes and the Harvard scientist (Prof Daniel Lieberman) who published the paper in Nature. I also nagged my Wife to get me the full paper from Nature.

Crouched over my little iPod Touch I read and read, watched interviews with Daniel Lieberman on YouTube and was, ok I admit it, probably a bit obsessive for a few days. By the time we were due to spend our last 3 days holiday in Boston I had already found out where the nearest store was that sold these Vibram Five Fingers things (CitySports).

On the evening before I intended to visit the store I planned a nice stroll around Boston that just happened to go past the store (so I knew where to go as I would only have an hour tomorrow).

They day arrived and I headed down to the store, Amex card in hand. Wow, it was a huge store covering all sports…. and over by the running shoes a display stand of Vibrams. After 20 minutes with a knowledgeable assistant I walked out with a pair of Vibram Bikilas and a book titled ‘Born To Run’ that I had never heard of, but was strongly recommended to read. Between them, those 2 items have had a tremendous impact on my life as a runner.

Fast forward 19 months and I have met 2 key characters from the book (Barefoot Ted and Caballo Blanco) and have been running in Barefoot Ted’s ‘Luna Sandals’ for over a year (I love them).

Even my office shoes are Vivobarefoot ‘barefoot’ shoes (The Ra) as I found that it accelerated my transition from normal running shoes and enabled me to run a half marathon 2 months after first switching to Vibrams.

Below are the various “minimalist” or “barefoot” shoes I do all my running in, my current favourite is Barefoot Ted’s Luna Sandals ATS. 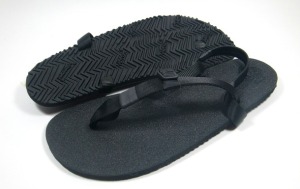 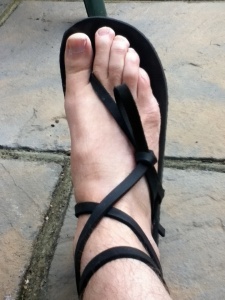 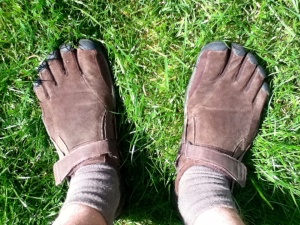 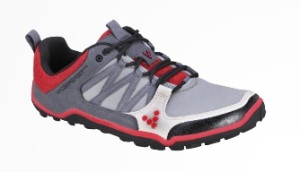